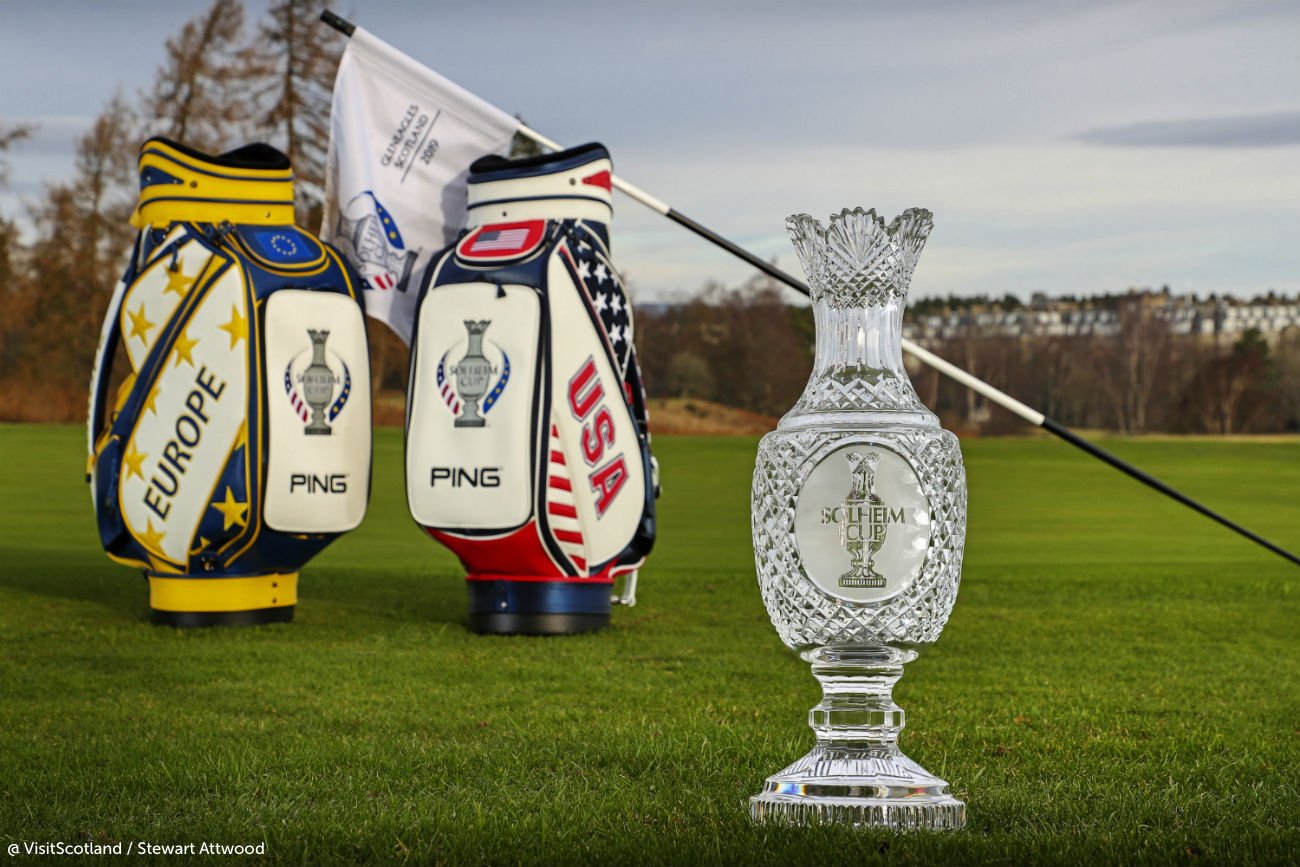 Experience the highest level in Women’s Golf in Scotland this year. The 16th edition of The Solheim Cup will take place at Gleneagles from 9th to 15th September 2019 and will be battled out over the PGA Centenary Course. Want to be there? Check out our remaining 2019 Solheim Cup Packages still available…

PRICE £1105pp
based on 2 people sharing
ONE DOUBLE ROOM REMAINING

PRICE £945pp
based on 2 people sharing
ONE DOUBLE ROOM REMAINING

For further details on each package please visit our 2019 Solheim Cup Package page. Alternatively contact us directly to speak with our Team and we will be delighted to assist with your your travel plans or answer any questions you may have. 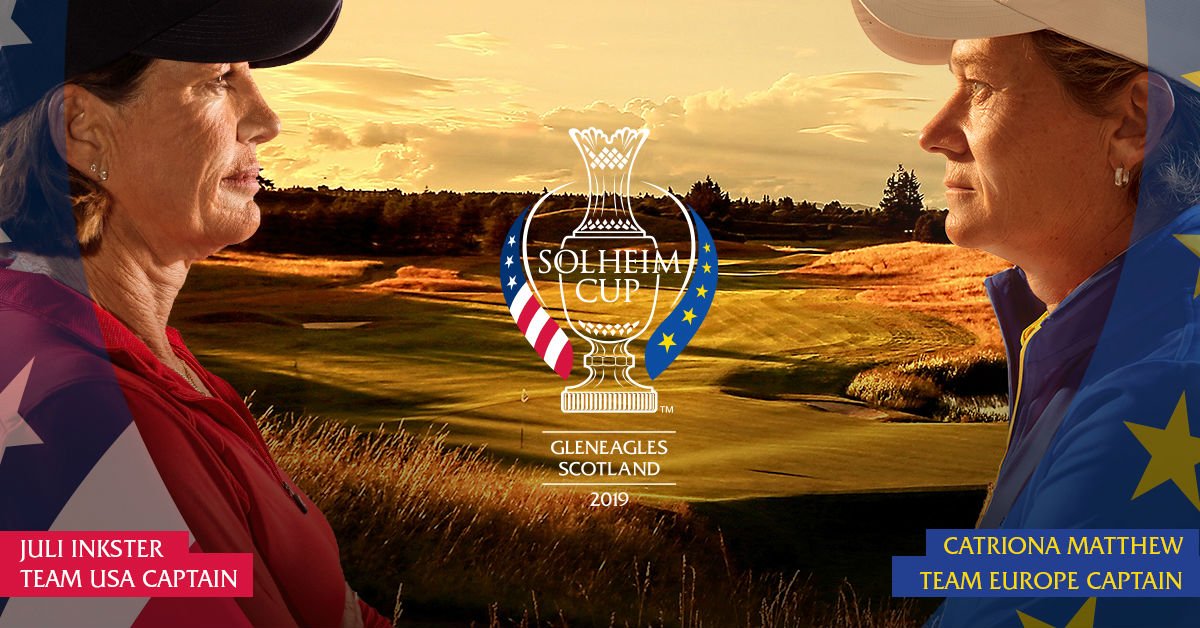 As we edge closer and closer to the inaugural Solheim Cup, and to celebrate International Women’s Day, we thought we would take a look at a brief bio of 2019 Solheim Cup captains and their staff.

Born in Edinburgh Scotland, Catriona grew up in North Berwick along ‘Scotland’s Golf Coast’. Here she learned to play golf on the Children’s Course and the West Links. Catriona turned professional in 1995 and joined the Ladies European Tour and LPGA Tours, which she still competes in today. Over the years, she has claimed over 10 tour victories worldwide. Most notably her only Major Championship, The Women’s British Open 2009, which she won at Royal Lytham and St Anne’s. Catriona was also named Ladies European tour player of the year that year.

Having a decorated individual career, Catriona has also played a pivotal role in the European Solheim Cup team; representing Europe on 9 occasions, playing 37 matches and winning the trophy 3 times. After being vice-Captain in 2017 Catriona now finds herself captaining a European side looking to win back the trophy on Catriona’s home soil when the event is played at The Gleneagles Resort in September. The 2019 Solheim Cup Captain, Catriona will be supported by a strong and Iconic backroom of Vice Captains; Laura Davies, Suzann Peterson and Kathryn Imrie who have all achieved huge amounts in the women’s game themselves.

Julie hails from California, USA and is one of the most iconic figures in the women’s game. After turning professional in 1983 Julie has claimed over 40 professional wins around the world including an incredible 7 Major victories during her illustrious career. She was also inducted into the World Golf Hall of Fame in 2000, cementing her legend status in the game.

Julie, like Catriona has played a huge part in the USA Solheim Cup team over the years. Inkster has played in 9 Solheim Cups, winning 5 of them and playing in 34 matches. Julie has also captained the USA side to triumphs in the last 2 Solheim Cups, so she knows what the event is all about. Julie Inkster will be supported by the same backroom of Vice Captains who have been with Julie for her last 2 Pat Hurst, Wendy Ward and Nancy Lopez.

Over the past 14 Solheim Cups the USA have a 9-5 advantage over the Europeans in the competition, so lets hope Catriona and her squad can close the gap on home turf ☺

Below is a list of the European team players in qualifying spots for the event based on Solheim Cup points as of 4th March 2019. Catriona has opted for 8 automatic qualifiers and 4 captains picks.

Want to be part of this amazing event? Then please check out our Solheim Cup packages that are still available. #Itallleadstothismoment