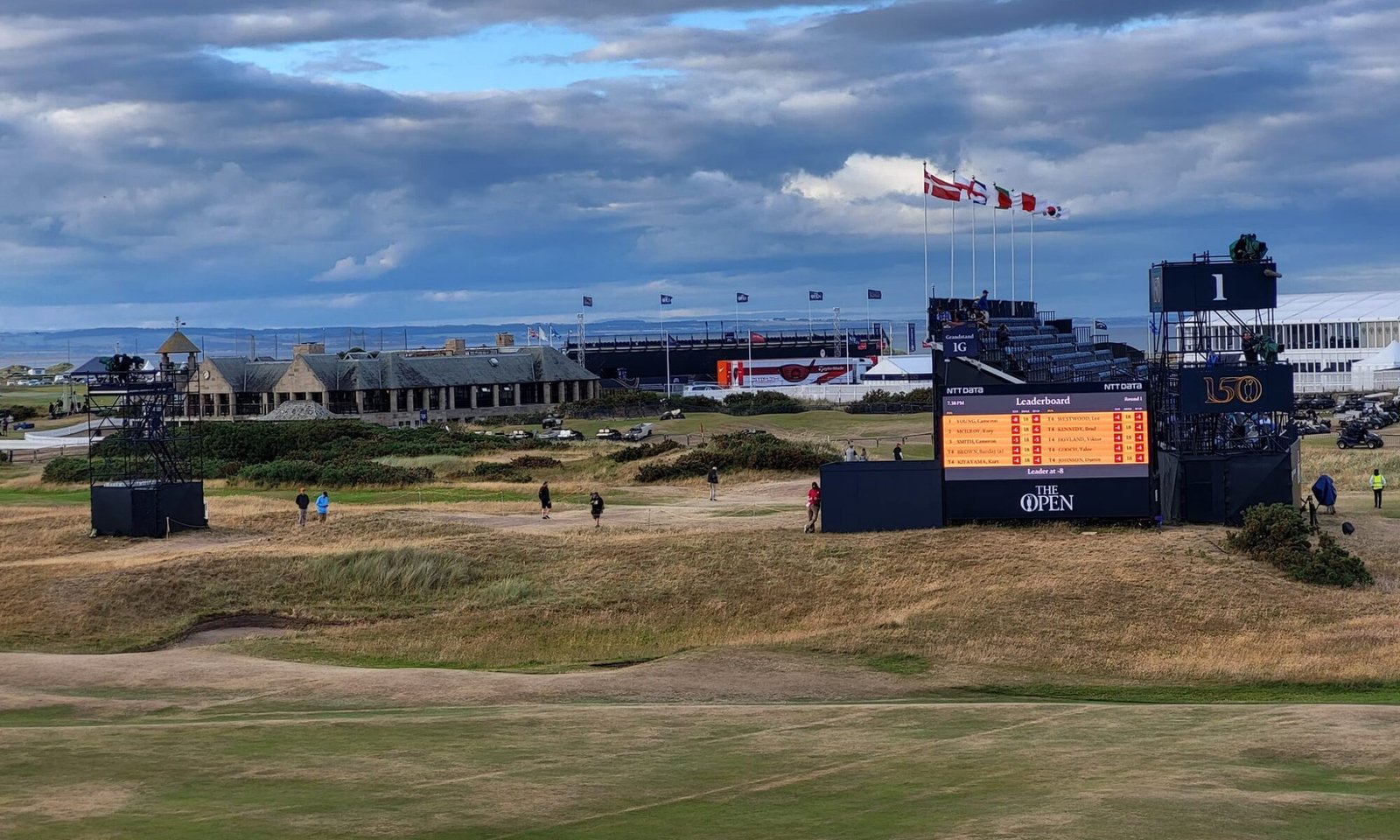 It wasn’t so long ago that the world found themselves refined to their own houses and golf courses were deserted. Two years down the line, Covid restrictions were eased and we at Fairways Scotland were able to arrange memorable golfing trips to the golfing mecca that is Scotland from all corners of the globe.

As we come to the final month of the year and look back at the season, we want to thank all our clients who travelled with us this year. Thank you also for all the lovely reviews and amazing feedback we have received.

“Peter, Kerry-Ann and the team at Fairways Scotland organized a 50th birthday trip for my group of eight and I can’t say enough good things about the job they did. Excellent communication, everything organized to a T and of course some of the best golf in the world. They made our bucket list trip perfect. Highly recommend.“

After over 2 years with little to no golf traffic especially for overseas visitors, it has been amazing being back doing what we love and welcoming clients to Scotland!  Many of which have had to patiently wait and after re-scheduling and even more re-scheduling we were finally able to welcome them to Scotland for their long-awaited trip! 🙂

Along with the excitement of welcoming back clients it has arguably been the biggest year for competition golf here in Scotland across both Amateur and Professional circuits. Attracting thousands of visitors this year again to Scotland, many of our clients were able to enjoy these fantastic tournaments with tours for The Genesis Scottish Open at The Renaissance Club and AIG Women’s Open at Muirfield.

As in recent years, Scotland enjoyed another warm and settled spring. Golf courses flourished and were in ideal condition for the busy few months ahead. The events kicked off just outside North Berwick, where The Renaissance Club hosted The Genesis Scottish Open. This event held the most competitive field in European Tour History, out-with the Majors. 8 out of the world’s top 10 players competed for the $8mil purse. After some mixed weather, huge crowds and incredible golf, Xander Schauffele clinched his 2nd DP world tour title. The American won by 1 shot over Kurt Kitayama and the star-studded field. Could he do the Scottish double and replicate fellow countryman Phil Mickelson and win The Open the following week?!

14th July 2022, the opening round of one of the biggest and most anticipated events in the history of the game. Golf returned to its Home at The Old Course St Andrews for The 150th Open Championship. Millions of golf fans around the world applied for tickets but only the lucky ones were successful with their application. For that they were rewarded with a hugely competitive event, which tested the world’s best around this Old Links. The sheer scale of the event and the return of golf’s GOAT, Tiger Woods seemed to put the speculation of the LIV tour players on the back burner. Although Tiger limped round possibly his last visit to St Andrews, the crowds followed. The buzz around the big cat was back……only to miss the cut.

The championship was closely contested over the 4 days and many players could have featured in the final day’s action. However it was Cameron Smith who flawlessly navigated himself round The Old Course. The Australian, displayed a ball striking masterclass to claim his first Major Championship and the coveted Claret Jug.

With golf in Scotland enjoying a continued boom with golf courses becoming fully booked, hotels and restaurants running at full capacity, there was not let up with more competition golf in Scotland. It was great to be part of and enjoy the buzz around the country, even if it was a little difficult to co-ordinate matching tee times 🙂

Only a couple of weeks after The Open, the DP world tour returned to St Andrews. The Fairmont hosted The Hero Open over its Torrance course. The event provided some spectacular golf and low scoring. A great performance was seen from Scottish lad, David Law only to be pipped by Sean Crocker of The USA.

That very same week, saw the world’s best in the ladies game descend on Scotland’s Ayrshire Coast for the Trust Golf Women’s Scottish Open, hosted by Dundonald Links. Like the gents Scottish Open a few weeks earlier, the scoring was exceptional on a tough links course. Ayaka Furue ran out a 3 shot winner over France’s Celine Boutier. A wonderful event to prep the world’s best in women’s golf ahead of The AIG Womens Open the following week.

The Women crossed coasts back to East Lothian for The AIG Womens Open. There was huge interest around this event. This was the first time The Honorable Company of Edinburgh Golfers, Muirfield had hosted any golf event since they were removed from the Open rota. Arguably one of the toughest tests of, it was great to see a golfing major back on it’s ancient links. Weather was fair but tricky enough to get the players thinking a bit. After tremendous scores in the 2nd and 3rd round, South African Ashleigh Buhai found herself 5 shots clear of the pack going into the final day.

However the final round nerves proved to get the better of Ashleigh and after dropping a few shots, she found herself in a playoff for the trophy. She dug deep through a 4-hole playoff in the East Lothian sunset to hold off Koreas In Gee Chun to win her first Major Championship and be crowned The Women’s AIG Open Champion!

2022 truly was a wonderful year for tournament golf in Scotland and to be able to showcase our amazing courses to viewers all over the world is really something special. We look forward to seeing what’s in store in 2023. If experiencing some of these wonderful events or actually teeing off on the championship courses themselves then please contact us and check out our packages.

We wish everyone a wonderful time over the festive season and best wishes for The New Year! 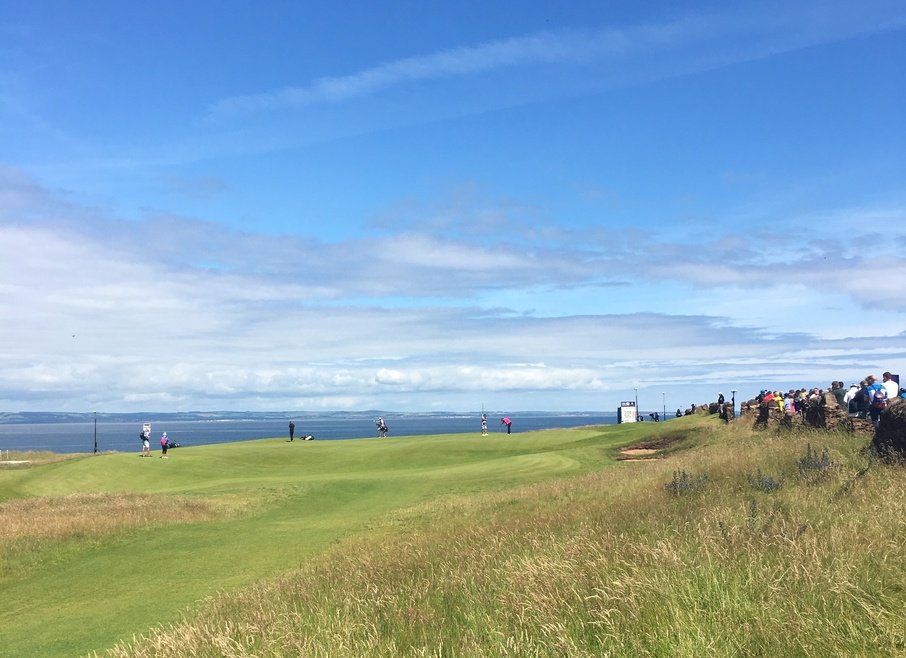 After the huge disappointment to the tournament, fans and player’s of having no spectators last year at The Scottish Open, The Renaissance Club are delighted to have fans back and host the event for the 3rd year running. The stunning Renaissance Club, located in East Lothian, attracted over 66,000 spectators for its first Scottish Open in 2019, the highest figure since the tournament started travelling to venues across the country in 2011. This marquee event on the European Tour, also attracts top golfer’s from around the world each year.

Accommodation and ticket packages are available to purchase now! Please check out the details and contact us to book. Packages start from £275pp.

We can’t wait to welcome golfing fans back to Scotland 🙂