**Interested in attending the 2022 AIG Women’s Open at Muirfield?**

Please register your interest with us today and we will be in touch as soon as package details are confirmed.

Established in 1976, by the Ladies’ Golf Union, the AIG Women’s Open is a major championship recognised by both the LPGA Tour and Ladies European Tour. Fulford Golf Club, York was the first venue, and as the status of the competition continued to increase, more and more prestigious courses have held the event, including many of the links courses which have also hosted the Men’s Open Championship including Royal Birkdale, St Andrews, Turnberry and Carnoustie.

In 2020, we saw Royal Troon host the event, for its first time marking the 44th year of the event and 20th year as a major tournament on the women’s golfing calendar. Ranked 304th and without an LPGA Tour Card going into the tournament, underdog, Sophia Popov was crowned champion and Germany’s first female major winner. A fantastic achievement for the 28 year old!

TROON, SCOTLAND – AUGUST 23: Sophia Popov of Germany plays her shot off the 1st tee during Day Four of the 2020 AIG Women’s Open at Royal Troon on August 23, 2020 in Troon, Scotland.

This year Carnoustie Golf Links, Angus has the honour of hosting the 45th edition of the AIG Women’s Open and for it’s second time. The last time the tournament was held at Carnoustie was in 2011, and was won by the holding champion Yani Tseng, after her win the previous year at Royal Birkdale.

As authorised providers for the AIG Women’s Open 2021 Fairways Scotland are delighted to offer packages to this major championship at Carnoustie. Interest and excitement for women’s golf continues to grow around the world and after the huge disappointment of spectators missing out last year, we hope this will be another fantastic event in Scotland golf fans can enjoy! Check out our packages below for further details and enquire with us today. 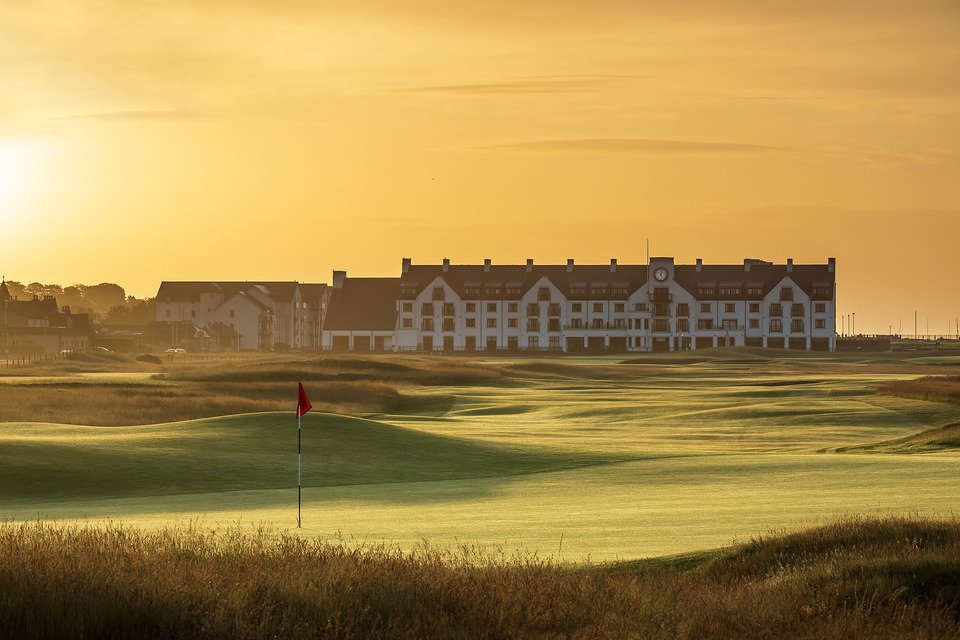 During your 3-night stay in Dundee, you will enjoy all the weekend action at the AIG Women’s Open at Carnoustie, with Saturday and Sunday tickets included for the event.. 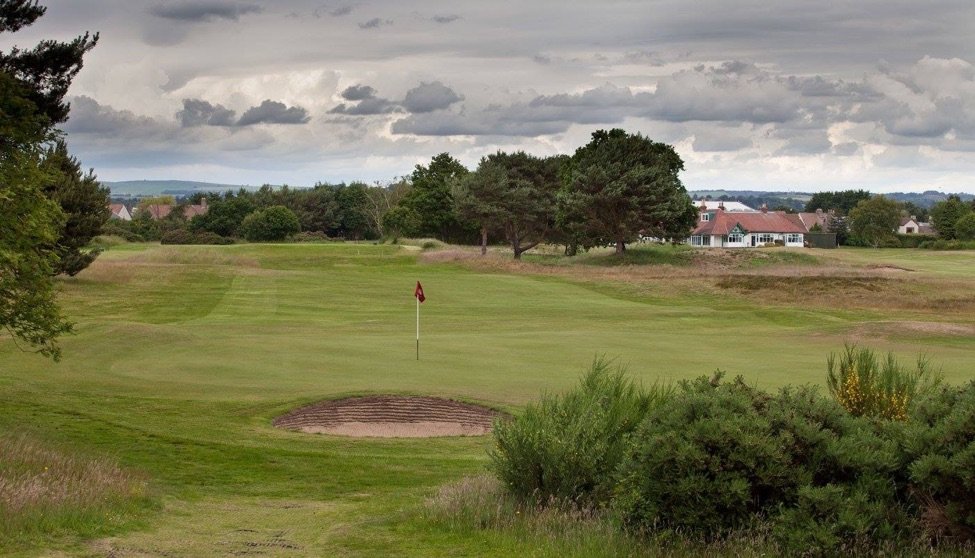 Package includes 3 nights’ accommodation in Dundee and 1 round of golf included at Scotscraig Golf Club. Topped off with Sunday tickets to the AIG Women’s Open at Carnoustie. 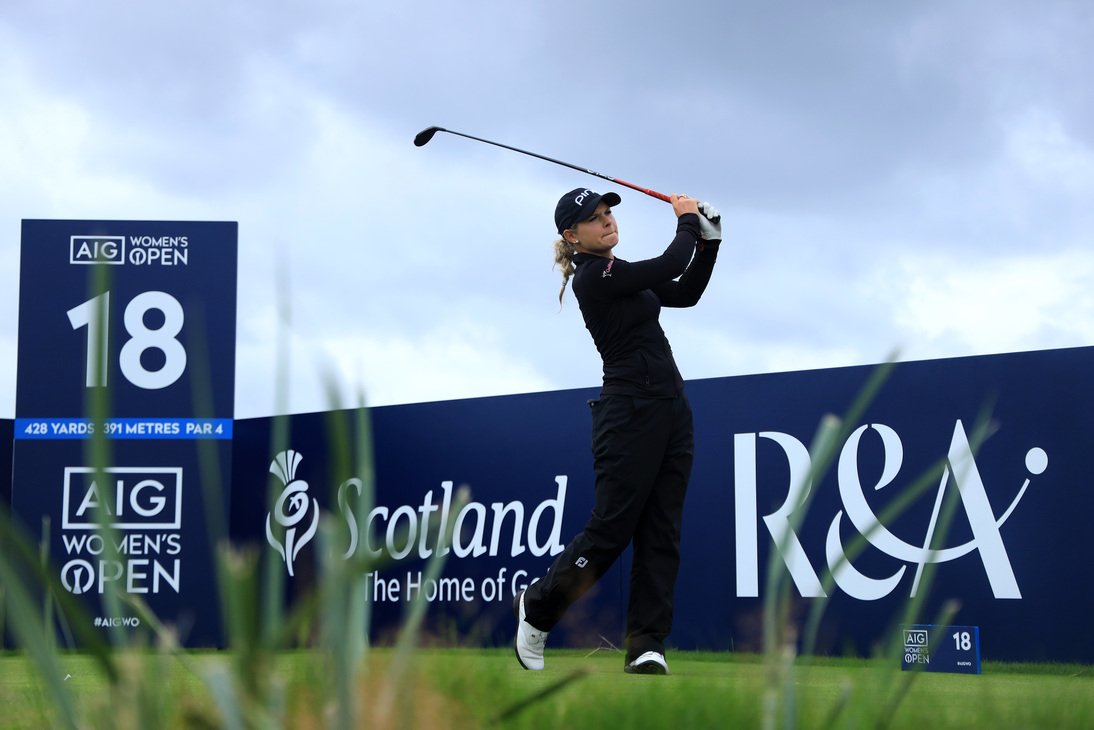 Don’t miss any of the action from Carnoustie, with this full experience package. Includes a 4 Day Ticket for the AIG Women’s Open and 5 nights’ accommodation at the 4 star Malmaison Hotel in the centre of Dundee, just 12 miles from Carnoustie.

All packages are based on 2 persons and include train travel to and from the event each day with 24hr support from The Fairways Scotland Team.

For any overseas travellers additional transportation can be arranged included transfers and car rental. A member of The Fairways Scotland Team will also meet any international travellers at the airport on arrival.

Changes can be made to our AIG Women’s Open packages, therefore if you would like to discuss or make any adjustments please let us know. For any golf requests please also let us know as soon as possible so we can secure tee times. More information is available on our website on the fantastic courses around the area of Angus and Fife.

Want to extend your trip?

If you if you are looking to extend your Women’s Open package we will be happy to assist with any additional plans for golf and sightseeing and can arrange a complete customised itinerary for you.

*All tour packages subject to availability at time of booking

Located just 25 miles north from ‘The Home of Golf’, St Andrews, Golf has been played over the links at Carnoustie dating back to the early 1500’s. Along with the previous Women’s Open held in 2011, the Championship Course has hosted eight Open Championships most recently in 2018, and two Senior Opens making it one of the very few to have done so in the UK. It is also one of the three courses used for the annual Dunhill Links Championship (others being Kingsbarns and The Old Course).

Carnoustie is regarded as one of the toughest test of links golf, with one of the toughest closing stretch of holes! This final stretch consists of a long par 3, and 2 tough par 4’s with the ‘Barry Burn’ meandering throughout. Thus, it is enough to bring even the greatest golfer to their knee

Past 10 Winners of The Women’s Open

Back to Tour Packages